No, it's not chocolate truffle...

On Sunday and Monday morning (7/6 and 7/7/09), we had relatively high relative humidity (>80%) at night which favor downy mildew sporulation. Thus, if downy is your concern, you may want to scout your vineyard. (But remember that it requires rain for new infection.)

As I mentioned several times, we have an experimental plot where some of vines are not treated with any fungicides. On these vines, black rot, powdery mildew, and downy mildew become very severe. Last time I showed black rot, so, now it's a turn of powdery mildew. 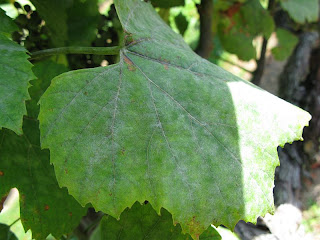 Powdery mildew on bunches... No, it's not truffle... 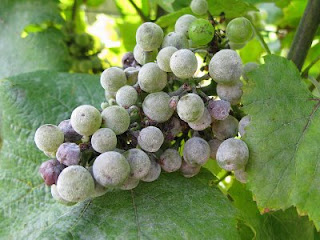 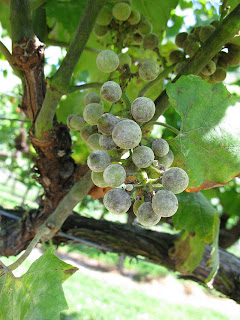 Powdery mildew on a cane 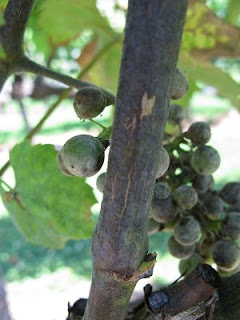