We will have a vineyard meeting tomorrow (sorry for a late notice...  I have been bit busy...) at Early Mountain vineyards.

We will start from 11 and finish around 3.  There will be vineyard tour and seasonal updates from us.  You can either bring your own lunch or purchase it from the winery ($11 or so).

Here is my handout for the meeting.

See you tomorrow!
Posted by Mizuho Nita at 7:19 PM No comments:

Start of the season! 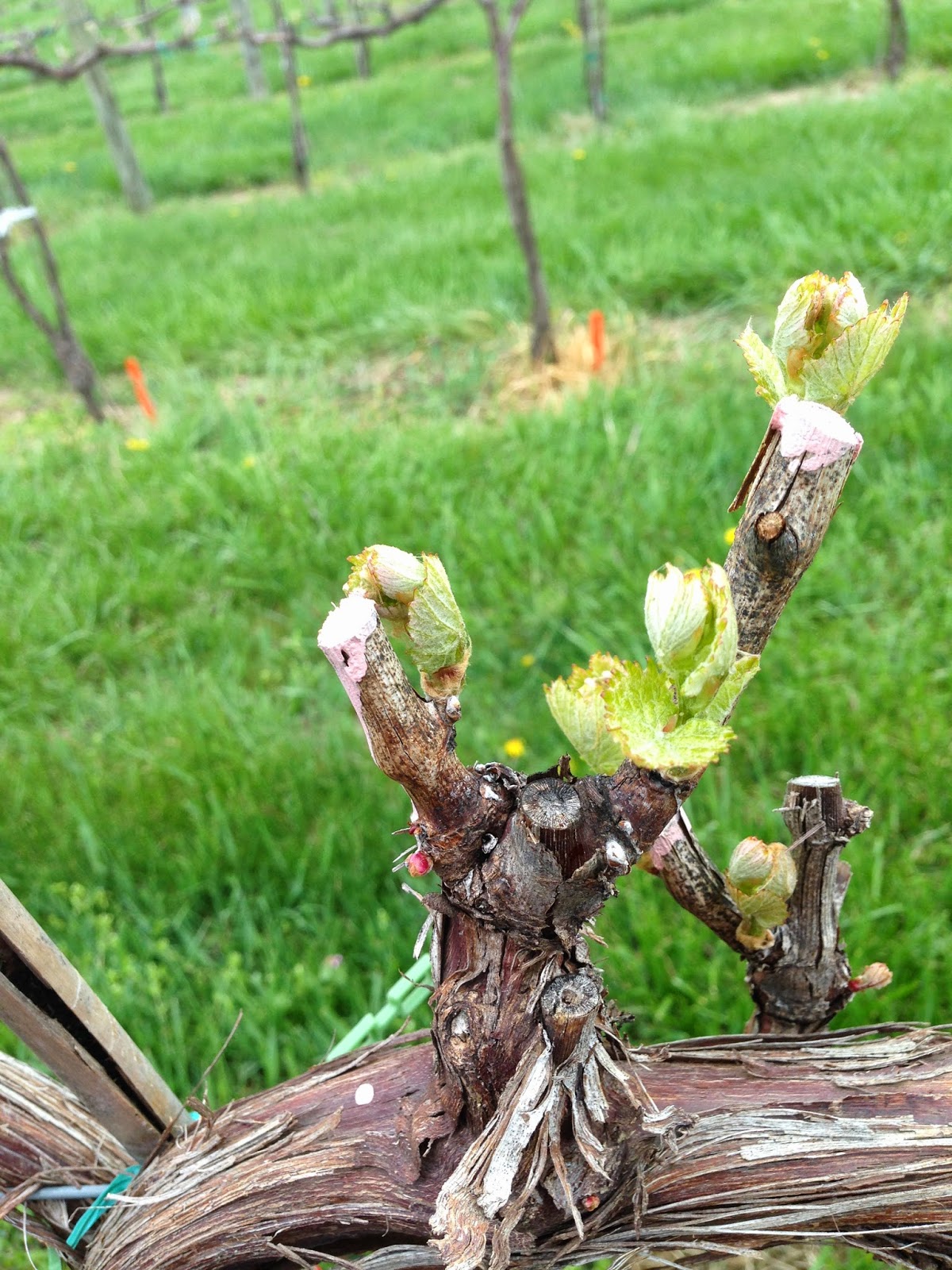 There has been a few email inquiries came to my inbox about climbing cutworm.  We have applied Intrepid to "hot spot" which is a few panels facing wooded area for us.   Please refer to Doug's posting and UC IPM for more information.
Posted by Mizuho Nita at 7:13 PM No comments:

Our young Chardonnay vines are in bud swell stage, and others are tagging along.  It looks like we will see bud break in a week or two.

One of diseases you need to consider this time of the year is Phomopsis cane and leaf spot.  It causes minor leaf spots, but more importantly, it can cause necrotic infection on shoots and rachis.  It also causes berry infection, which is not common with wine grapes because of our spray programs.  Materials for black rot and downy mildew are often effective against Phomopsis, thus, coverages for these diseases are also working as management of Phomopsis, especially later in the spring/summer.

Phomopsis tends to appear as a vineyard gets older because this disease takes a while to establish in the vineyard; however, once it is established, it is difficult to get rid of this disease.  Some varieties, such as Viognier, are more susceptible to Phomopsis than others.

The fungus survives in canes and trunks that were infected in previous years.  During the spring, it will produce spores that are splashed by rain onto new tissues.  Phomopsis spores can cause infection under relatively cooler environment (upper 40s).  Thus, it is important to protect young tissues when they come out from the older canes and trunks.

If rain events are coming into the picture after bud break, mancozeb (Penncozeb, Dithane, etc.), Ziram, and captan are an effective protective material against Phomopsis.  (QoI, such as Pristine, works too, but you don't want to use them this early in the season.)  Protection is the only mean of chemical management because no materials are effective after the infection.

Posted by Mizuho Nita at 1:30 PM No comments: